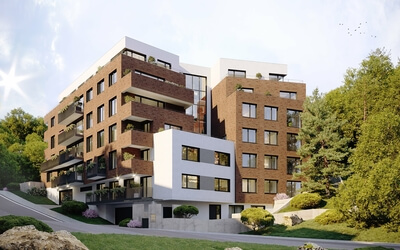 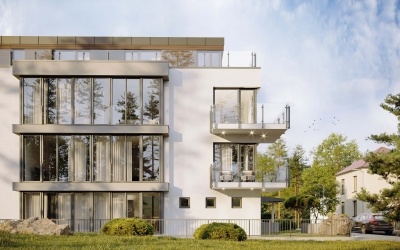 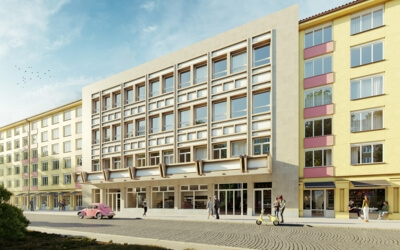 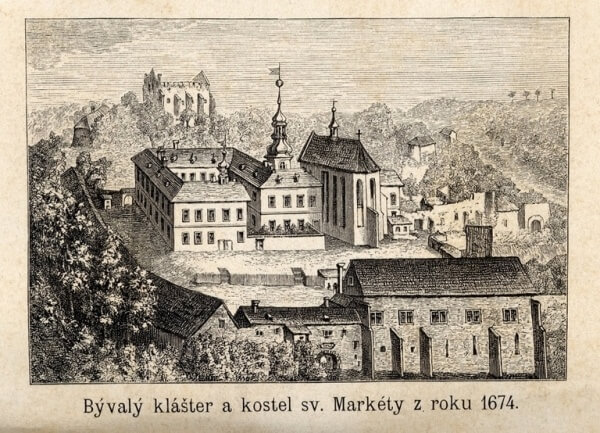 Prague 6 is without a doubt one of the oldest parts of the city. Traces of Slavic settlements are know from the end of 6th century.

But the most significant deed in early ages in Prague 6 was the building of the first man’s monastery in the Czech Republic in Brevnov at the end of the 10 century. The monastery was established by the second bishop Sv. Vojtech and Czech Duke Boleslav/ II in the year of 933. In the 13th century a gothic pavilion was build, which in the years 1724-1726 was rebuild by Kilian Ignac Dienzenhofe to what it is today.

In brevnov valley, in the old ags, there were several villages besides benedict monastery. On the east side of the monastery there was a village Brevnov and on the south side now no longer existing village Tejnka. From Prague to Břevnov, there was significant and ancient road that went through the fields, coming from the Strahov Gate, passing through Břevnov and connecting to Prague with Western Bohemia. For example, the troops of Ferdinand II. in 1620 or the Swedes in 1648 came in on that road. The only bigger object here was the Benedictine Economic Court “Závěrka” , whose location is now just the name of the street.

Since the 14th century vineyards have been established in the whole area of Prague, which later became farmhouses. In the area of Prague 6 it was mainly on the southern slopes of Břevnov, Střešovice in the area called Malá Střešovička, Dejvice and Nebušice. In Břevnov, which was later expending along the road towards Prague, started to be build summer houses and farmhouses such as Kajetánka, Petynka or Šlajferka, the Marjánka pub and the Ladronka pub in Břevnov plain. In the middle of the 19th century, individual houses and larger blocks were built along the original road, on a steep slope above Bělohorská Street. The construction of colonies of family houses has begun on the open areas.

In 1907 Břevnov was promoted to a city, annexed to Prague in 1920 and in 1923 became part of the XVIII. Prague district. In 1936, a military hospital was opened there. Between 1959 and 1969, Petřin’s modern housing estate for about 15,000 inhabitants was established in the Břevnov. Ammneneties including included a department store, a policlinic and a school. A building of the Institute of Macromolecular Chemistry was built on the outskirts of the settlement. In the 1990s Petřin built a new residential complex, which was inspired by the shape of the nearby Hvězda summer palace.

As far as the historical events are concerned, it was certainly the most famous Prague 6 Battle of Prague on the White Mountain in 1620. The battle actually took place in the present area of Ruzyně, whose historical core is located west. In the Old Square, adjacent to the Ruzyně Prison built in the interwar period, we find a unique monumentally protected set of folkore architecture. Ruzyně has preserved the original agricultural nature of the village at its core. Woth a mention is a tolerance cemetery, one of the few founded in Bohemia after the issue of a tolerant patent in 1781. It was set up in 1788 and in 1848 the Prague students demonstrated against Austria by laying wreaths in honor of fallen Protestants in the Battle of White Mountain.

Part of Ruzyně is also the airport. At the time, one of the most modern airports was built here in the 1930s. However, its capacity soon ceased to warrant increasing demands for air transport, and therefore, between 1964-1968 west of the original complex, a new airport was built, and newly renovated and expanded in the 1990s. The old airport has been preserved for special lines. The intention of building a new airport was the main reason for joining Ruzyně to Prague in 1960.

THE VILADŮM HLOUBĚTÍN PROJECT IS COMPLETED

At the end of November, a complete reconstruction and extension of the Viladům Hloubětín apartment building in Prague 9 was completed. The project is located in a quiet street Konzumní only 350 meters from the...

CONSTRUCTION OF THE ZELENÉ KASKÁDY PROJECT HAS BEGUN

In Prague 9, the construction of the Zelené kaskády residential project has begun, which is surrounded by a quiet cottage area and nature. The modern building will appear on Českobrodská street and after its completion,...

Get back up to 10% of the property price. Choose an apartment in any of the current GARTAL projects, make a second payment and we will return part of it to you in the form...

We may place these for analysis of our visitor data, to improve our website, show personalised content and to give you a great website experience. For more information about the cookies we use open the settings.

Get back up to 10% of the property price